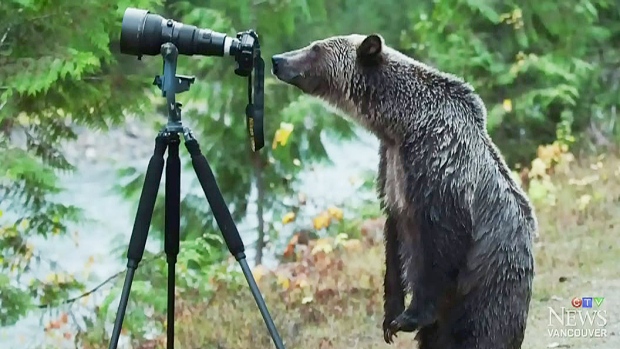 Revelstoke backcountry never cease to amaze. The wildlife photographer Jim Lawrence snapped this picture a few days ago by the river outside Revelstoke. When Jim went to get a close-up camera lens from his car the bear scrambled up the bank from the river to where he had positioned his camera tripod. What happened next amazed Jim… the bear stood up on its hind legs and cautiously approached the camera. “For the longest time he studied the screen and buttons and with his big, long-nailed paw, and gently tugged on the strap,” he said.

More news »
By continuing to browse the site you are agreeing to our use of cookies.