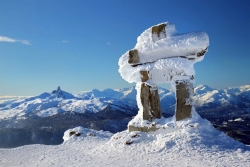 The season is getting closer and here’s the latest forecast about what’s to come from AccuWeather’s news release. El Nino is going to have major impact and AccuWeather is forecasting one of the warmest winters on record for much of Canada and lots of snow in the west.

The forecast promises to be a great winter for our heli ski lodges in British Columbia.

Everyone heading to the Western parts of  Canada can expect above, to even well-above, temperatures as a prevailing westerly flow delivers milder Pacific air across the region. Compared to last winter, there is expected to be more snow across the coastal mountains of western British Columbia. In the Rockies of eastern B.C. and western Alberta however, snowfall will underachieve with the majority falling during the first half of the winter.