(31 August, 2015) This might just be this seasons coolest films ”Conquering the Useless”: Cody Townsend that you might remember skied that impossible line the Crack in AK last season gathered together a possy of his best buddies Dave Treadway, Chris Rubensand wify Elyse Saugstad and seem to have really found a new angle to change up the format of ski films in this their own production.

”The project was just a big change for me. I just wanted something different, I guess,” says Townsend. “I think there are so many cool challenges in skiing and different ways of approaching [the sport]. I’ve been taking the same approach for ten years and wanted to step out of that comfort zone and get to a different place than I’m used to.”

Townsend says ” “There’s more of a story. [The film] is more about bringing people along on the adventure, it’s not just about skiing, not how big you can huck or how fast you can ski,” Townsend explains. “It’s about going to different places and exploring different parts of the world. So many mountains have yet to be skied, [so we said] ‘let’s go where no one has ever been before.’ It feels good when you’re in the middle of absolute nowhere and you’re climbing a line no one has been to before.”

For their new release, Fade to Winter, MSP Films spent the 2014-15 season canvasing every corner of the globe for the most epic spots to shoot. Along for the ride was a team of freeskiing’s top athletes: Markus Eder, Bobby Brown, Michelle Parker, Mark Abma, Tanner Rainville, Aaron Blunck, James Heim, Sean Jordan, PK Hunder and more. Today, this industry leading production company out of Crested Butte, Colorado is proud to showcase the trailer for its 2015-16 feature. The crew stacked shots from Alaska, to Iceland, British Columbia, Japan, Colorado, Italy and New England all in ultra high definition 4k. Get stoked, people—you’re not going to want to miss this one.

For those who anticipate winter’s arrival with frothing mouths and the dreams of what may come, here comes the trailer from Teton Gravity Researchs new project Paradise Waits  it “chronicles the entire season of a group of characters who are some of the best skiers and snowboarders.in the world,”  says TGR. “Each athlete is mic’d up throughout the film, capturing their personalities from the weird, lighthearted and funny moments, to the action-filled when conditions line up in paradise.”

Save on your dream heli-ski vacation 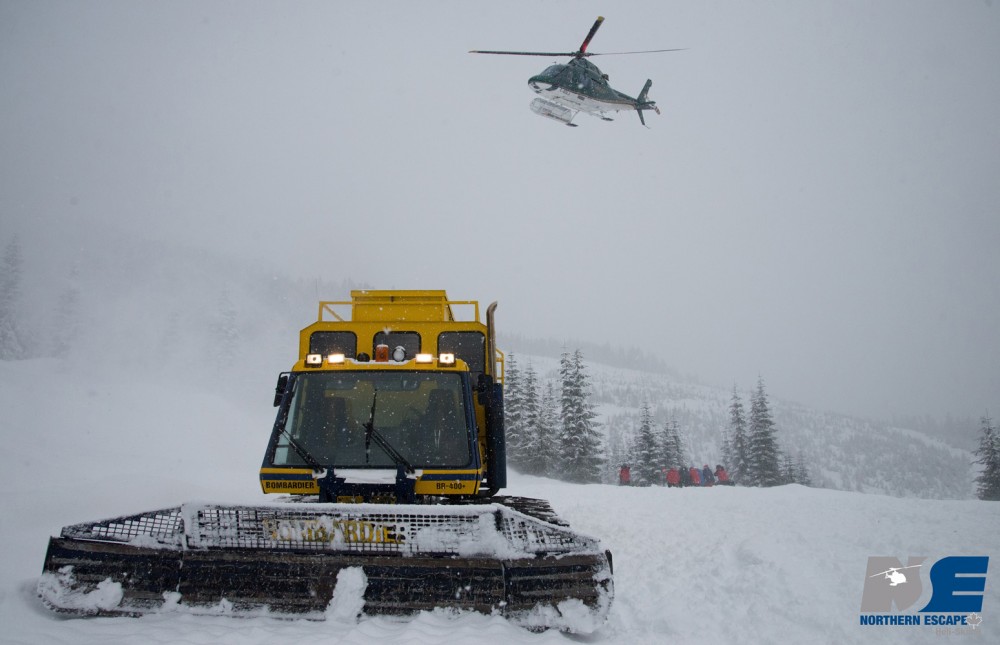 The deadline is getting closer to save on your dream heli-ski vacation with only one month to go. Book before August 31st to save as much as CAD 1300 on our heli-ski  and cat-ski packages at Northern Escape Heli-skiing in BC.  This Canadian location is offering some of the best heli skiing and cat skiing in the world!

Our new cat-skiing program still has 3, 5 and 7 day packages available in December and early January.  Some of the prime dates are Dec 10th-13th and Dec 27th-January 2nd.  The heli-ski dates are getting sparse, so we recommend contacting us for the best seats available.

Why you should choose Northern Escape Heli-skiing:

Contact us directly to book your dream heli-ski vacation!